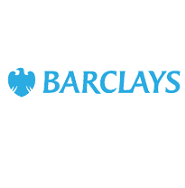 Update 9/14/21: Some people are being incorrectly charged interest fees as well.

It’s possible that Barclays plans to start charging these fees in the future and that’s what has caused this mistake but given nothing has been communicated to cardholders as of yet I think that is unlikely. I suspect at some stage Barclays will refund all of these fees automatically, but in the short term I’d recommend checking your account if you have any foreign transaction purchases on these cards.