From rent to healthcare, here’s what it costs to live in the City of Roses.

Portland is known for its free-wheeling, laidback lifestyle. It’s the place to go for third-wave coffee and craft brews. Its foodie scene is one of the best in the United States. It has the buzz of a major art city but is extremely close to nature. It’s the home of major corporations like Nike but also is great for small businesses and start-ups. True, it does rain a lot, but there’s no better weather for nursing a coffee and spending an afternoon browsing books at Powell’s.

But the Portland dream is shifting. Housing, rent and cost of living prices are on the rise following population growth, largely due to an influx of new residents.

The demand has made the local real estate market boom, with homes going for hundreds of thousands over the asking price. The pandemic pushed demand up even higher. Factoring in other costs of living categories like healthcare and transportation, the cost of living in Portland is 33.7 percent higher than the national average.

Even though living in Portland is expensive, it’s worth it for the culinary scene, access to nature, abundant arts and culture and diverse job opportunities.

From housing to transportation, here is the cost of living in Portland, Oregon. 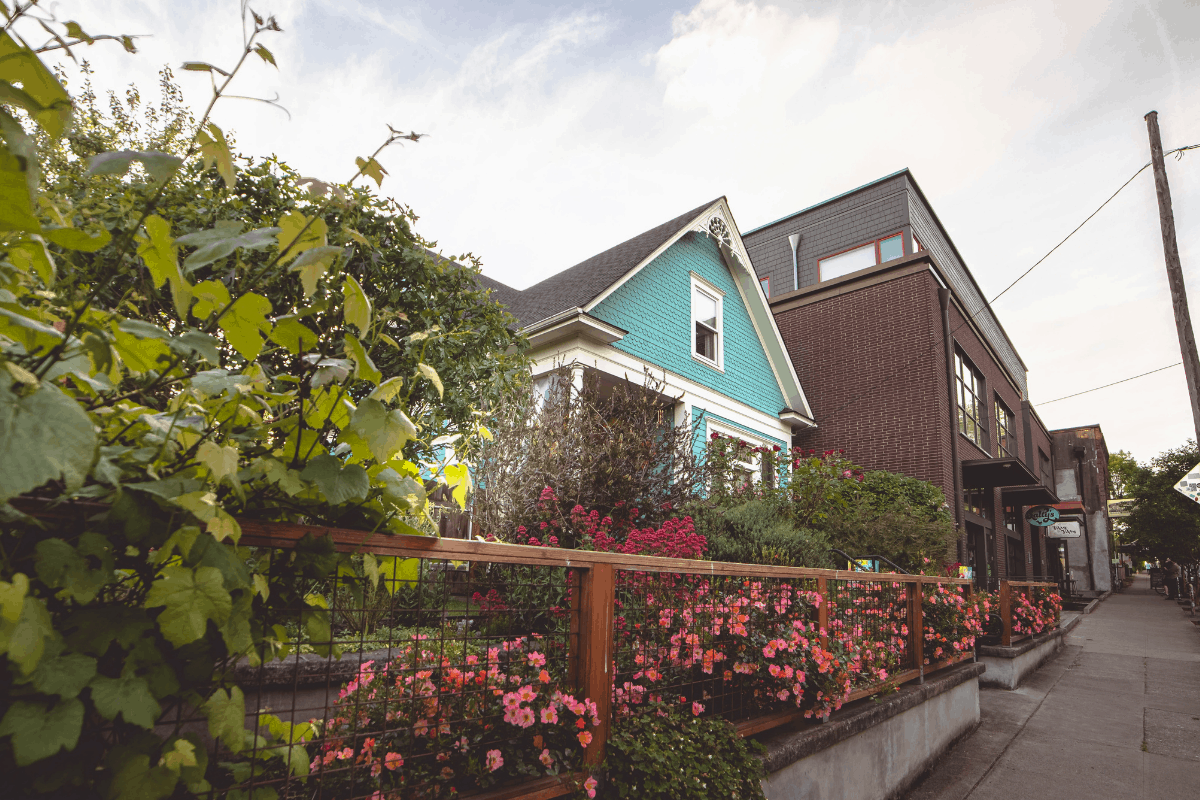 As mentioned above, Portland is pretty pricey these days, both for renters and buyers. The average rent in Portland for a one-bedroom apartment is $1,734. While high, the rate is down 7.59 percent from last year. And housing costs in Portland are 81.3 percent higher than the national average.

However, depending on what part of the city you want to live in, this average cost can widely vary. For example, the most expensive neighborhood in Portland with an average rent of $2,400 is Central Northeast Portland.

Another big-spender neighborhood is the Pearl. Last year, the average rent for a one-bedroom was $1,925. However, the pandemic hit the area hard and the average dropped nearly 43 percent to $1,093.

More affordable neighborhoods are found across the Willamette River in Buckman, the Hawthorne District, Hazelwood and North Portland. Average rents in these neighborhoods instead ranged from the $600s to the $800s

Neighborhoods that were close to the city-wide average include Old Town Chinatown, the Lloyd District and the Northwest/Nob Hill areas.

For home buyers looking to buy a home in Portland, be ready to both fight and pay through the nose. With so much demand, Redfin reported that in March 2021 the average home cost in Portland is $515,000. The Oregonian put it even higher at $542,000. Real estate agents say that the houses get jumped on immediately by potential buyers, offering significantly higher than the asking price.

One of the best parts of living in Portland is the amazing dining scene. While casual dining at food trucks isn’t too costly, sit-down meals for two at a mid-range restaurant run an average of $60. There are so many great spots to try, it’s almost not worth cooking for yourself. With new restaurants and bars opening all the time, there’s always an incentive to dine out.

When you do go food shopping, be prepared for elevated prices. Portland’s average grocery and food costs are 12.6 percent higher than the national average.

Portland is an extremely vegetarian and vegan-friendly city. So there’s never a shortage of fresh, delicious produce at reasonable rates. A head of lettuce costs $1.76 and a five-pound bag of potatoes costs $2.34.

The Pacific Northwest has gorgeous weather. In the summer, it’s sunny and beautiful. While the winters are rainy and overcast most of the time, it’s rarely too cold. If you want proper winter weather with plenty of snow, Mount Hood is a quick drive away.

All that goes to show that, compared to other categories of cost of living in Portland, utilities aren’t the highest because the weather is typically agreeable.

The cost of utilities in Portland is 10.9 percent cheaper than the national average. Your energy costs for the month average about $143.85. 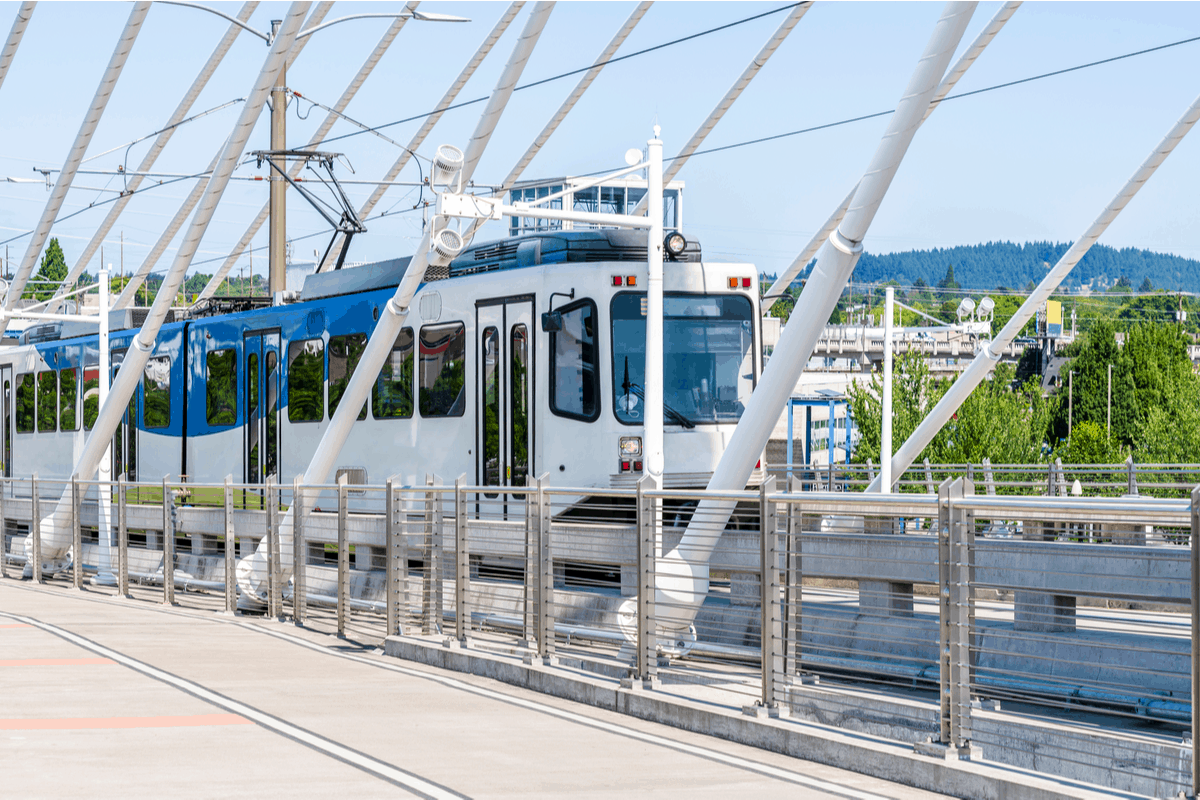 Ask both long-term and new residents and they’ll agree: Portland’s traffic problem is growing. Before the pandemic, Portland ranked 14th in the nation for bad traffic.

The easiest way to ride is with a Hop FastPass, which covers rides on all three transit options and also allows you to transfer to the C-TRAN and the Portland Streetcar. A day pass costs $5 and a 2 ½ hour stint costs $2.50. These fares apply throughout TriMet’s service area.

Frequent commuters like to save on transit by buying monthly or yearly passes. Instead of offering these types of passes that require upfront payment, TriMet Hop does things a little differently. You pay as you go and once you pass a certain spending threshold, you earn free ride passes. For example, once you’ve spent $100, the cost of a monthly pass, you’ll ride the rest of the month for free. This allows commuters to only pay for rides they use while still earning rewards.

However, it’s still a good idea to keep a car. Popular nature areas like Mount Hood or the Oregon Coast are not readily accessible by public transit. So if you want to get out into nature a lot, you should plan on keeping at least one car. In April 2021, a gallon of gas cost $3.28. According to SpotHero, parking rates average $7 a day or $205 a month.

And don’t forget that in Oregon, you don’t pump your own gas. Gas stations have attendants to do that for you — it’s actually illegal for you to pump your own.

Portland’s overall walk score is 76. Some parts of the city aren’t the best to navigate on foot, namely around the highways and interstate. Compact neighborhoods like the Pearl, Hawthorne and St. Johns are great for strolling.

It’s also extremely bike-friendly, with a high score of 85. There are tons of urban cycling paths and most roads have bike-exclusive lanes. Drivers here are also very aware of cyclists, so it’s a safe environment.

Overall, Portland’s transportation costs are 29.2 percent above the national average.

Unlike other expenses, determining the cost of local Portland healthcare is a bit tricky. Everyone’s health is different and everyone requires different care, plus there is also a diversity of healthcare options ranging from private to public. Although there are a lot of variables, here are some averages that can give you a general idea of what to expect.

If you just need some Ibuprofen for a quick headache cure, it will cost $9.57. But for prescription drugs, without insurance, costs can cost an average of $495.37. 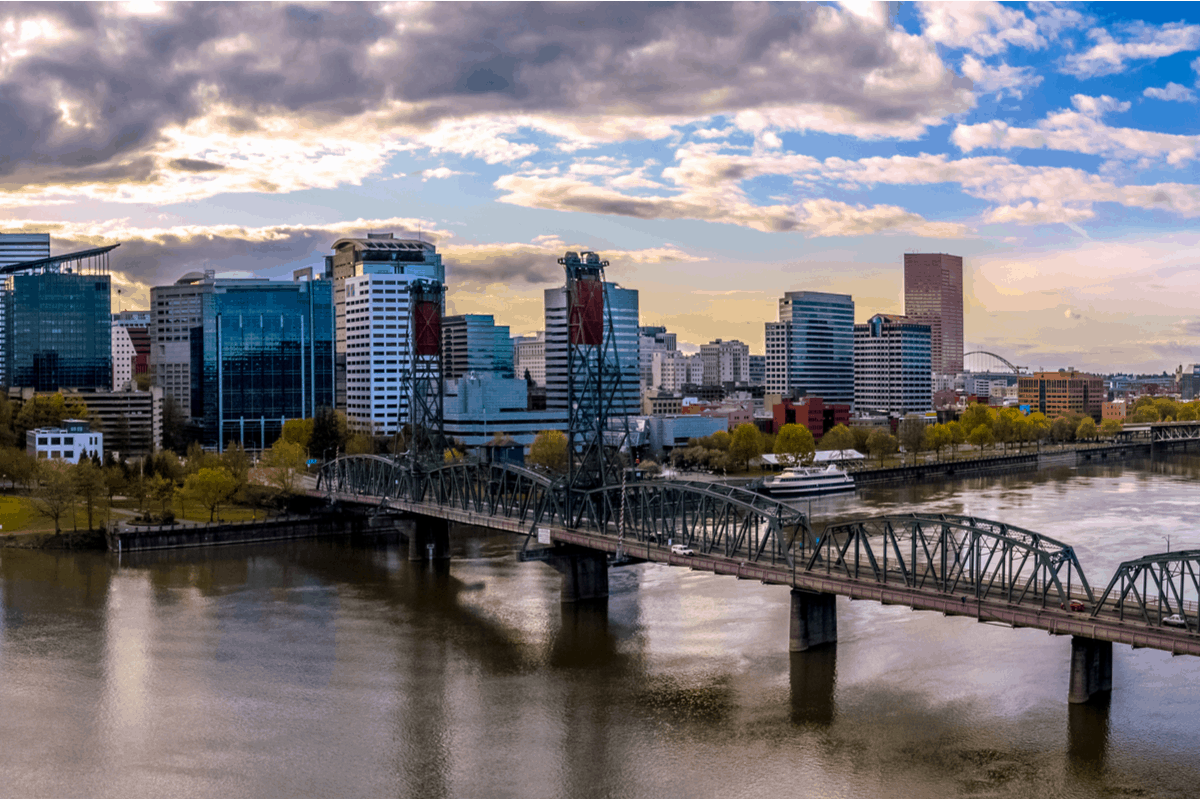 Goods and services costs in Portland

As you’ve seen by now, most Portland-area costs are above the national average. The same goes for assorted fees for different goods and services are also higher. Miscellaneous activities like going to the vet or getting a haircut rank 19.6 percent higher than the nationwide average.

Take the example above: taking your furry friend to the vet. Portland is a great dog city. There are plenty of urban parks and most businesses are very pet-friendly. This is especially true of breweries since there’s nothing better than drinking beer on a patio with friends and your dog. An average vet visit will cost $64.50.

Need a haircut? Be prepared to dish out an average of $33.67 for a visit to the hairdressers.

Portland is also a very wellness-oriented city, so yoga is a big deal here. But it doesn’t come cheap with the average class costing $19.95.

And as for that most timeless of pastimes, movie tickets cost around $11.10.

One of the best parts of living in Oregon? No sales tax! That applies to Portland as well. So if you go shopping at a Portland-area store and spend $100, your total will be $100 exactly.

The highest rate applies to single taxpayers who make at least $125,000 a year.

For Portlanders, there are also some city taxes you’ll need to take into account. For example, you’ll have to pay an annual Arts Tax. This $35 per person tax supports public school teachers and non-profit art programs in the city.

Taxes from payroll and self-employed individuals also support the operation of the TriMet mass transit system.

How much do I need to earn to live in Portland?

Between rent, food and other costs, living in Portland is on the expensive side. As we said above, the average cost for a one-bedroom apartment is $1,734.

To see if a Portland lifestyle will fit your goals and budget, use our rent calculator to learn more about your options.

Portland is definitely not the cheapest option for city living. Many of its cost of living expenses are above the national average. But you’ll find the residents agree that it’s worth it.

You get amazing food and drink available throughout the city, not just in one or two trendy districts. You can realize your own small business dreams or work for top-tier corporations. There is endless art, culture, music, theater and other forms of entertainment. And when you tire of cosmopolitan amenities, the great outdoors is right there in the nearby forest, mountains and coastline.

Browse through great Portland apartments and homes for sale to see what’s available.

Cost of living information comes from The Council for Community and Economic Research.

Rent prices are based on a rolling weighted average from Apartment Guide and Rent.com’s multifamily rental property inventory of one-bedroom apartments in April 2021. Our team uses a weighted average formula that more accurately represents price availability for each individual unit type and reduces the influence of seasonality on rent prices in specific markets.

The rent information included in this article is used for illustrative purposes only. The data contained herein do not constitute financial advice or a pricing guarantee for any apartment.